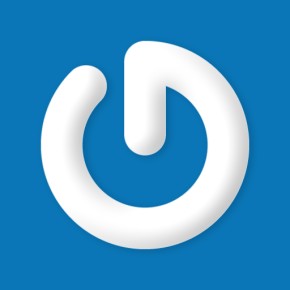 Anna Oosterlinck (@AnnaOosterlinck) is Head of U.N. at ARTICLE 19, an international human rights organization promoting freedom of expression and related rights. She leads ARTICLE 19’s engagement with the U.N. in Geneva and New York across thematic and country-facing freedom of expression issues. These include ensuring human rights while countering terrorism; strengthening protections for journalists and human rights defenders under threat; and influencing international standards on digital rights. She collaborates with various civil society partners, U.N. actors and member States’ delegations.

Previously, she served as Senior Political Advisor at the Permanent Mission of Belgium to the U.N. in New York during Belgium’s elected membership of the U.N. Security Council in 2019-20, covering Horn of Africa and humanitarian assistance. This was her second time serving on the U.N. Security Council, as she also worked as Sanctions Advisor during Belgium’s previous elected membership in 2007-08.

In 2015, she was appointed by the U.N. Secretary-General as the Human Rights Expert on the U.N. Panel of Experts for South Sudan, monitoring the implementation of the U.N. Security Council sanctions regime.
During her three-year tenure, she led the Panel’s investigative work on human rights violations and impediments to humanitarian assistance. She travelled extensively throughout the Horn of Africa to document violations, and reported regularly to the Security Council’s Sanctions Committee on South Sudan on violations and offered policy recommendations to strengthen the sanctions regime.

Earlier on in her career, she focused on humanitarian response at Save the Children U.K., leading humanitarian health responses to Typhoon Haiyan and in South Sudan, among other emergencies. In addition, she served as Special Assistant to the Director of Peacekeeping Financing at the U.N. Secretariat in New York, overseeing budgets of eight active peacekeeping operations at the time. She started her career with the Belgian government, working in the Office of the Minister for International Trade of the Flemish Government.

She holds a Master of Laws, with focus on international law, and M.A. in International Relations. She has worked in South Sudan, Sudan, Kenya, Ethiopia, Uganda, Tanzania, DRC, Niger, Haiti, USA, UK, Belgium, and Peru. She’s fluent in Dutch, English and French.

UN Counterterrorism and Technology: What Role for Human Rights in Security?

by Tomaso Falchetta and Anna Oosterlinck